The person with depression has a feeling of hopelessness.  Where there is no end to the fog in sight (see article “The Fog”).  The future isn’t bright and doesn’t bring promise.  It feels like all hope is gone and not going to come back.  This adds a darkness to the dimension of fog.  Imagine being in a deep fog at night.  Where the lights of your car only reflect back to you in the fog and distort your vision even further.  Try and envision driving in that for a long period of time.  You will start asking yourself, when is this going to end?  When is this going to clear up?

This is what it felt like for me through my depression.  I felt like I lost my job and I wasn’t going to get another one.  Then after three years of recovery, I got another job only to lose it three years later to another even deeper depression.  My first depression was related to my boss as was indicated by two psychiatrists.  It took three years to recover from, but even then I was not fully recovered.  We were getting into tight financial waters and I needed to go back to work to produce an income for us to live on.

When I was back in a new job, there were times I felt stuck.  My boss had asked for a very simple calculation.  I froze.  It was like my brain turned off and I couldn’t think straight.  I was terrified I would be giving my boss the wrong information and that I was going to be fired.  I had the mindset of hopelessness.  I began to think that I didn’t deserve this job, that I wasn’t good enough, that I didn’t know what my boss was asking for, or I’d do it wrong and get fired.

This is one way our brains can get stuck while in depression, as we replay the hopeless loop over and over again in our minds.  Not that we want to play them.  Not that we feel we have control over our thoughts.  Because for me it sure didn’t feel like that with my boss.  It just happened.  It came out of nowhere and smacked me in the face.

After three years back at work and working through feelings of hopelessness, feeling stuck and not being about to think clearly, I had a second bout of depression.  I went off work initially for 10 days.  Then after those 10 days and while taking medications, I still didn’t feel ready to go back to work.  So I took another 10 days, more medication, then a month, then another month, then two months, even more medication, and now I’ve been off work for over two years.

Meanwhile my company fired me.  I felt trapped.  I have been taking nine different medications, gone through therapy, group therapy, Cognitive Behavioural Therapy (CBT) and I am still not ready to go back to work.  I don’t feel as hopeless as I once did.  But I feel the air of hope is just barely there.  I know hope is around the corner, but it is elusive and tricky to hold onto. 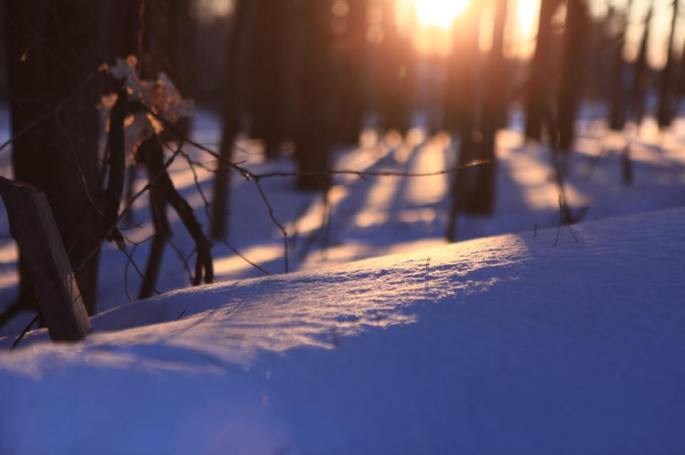 Sleep to get away

As someone who deals with depression, I end up sleeping….a LOT!  I usually get 10-12 hours per night and then take a 1-2 hour nap in the afternoon or evening and have no problem going to bed again the next night.  I need a big cup of coffee the next morning to wake up and that’s after 30 minutes of stretching and breathing exercises.  There are a number of reasons why I believe I sleep a lot.  Part of it is the depression.  But I believe part of it is feeling hopeless and wanting to get away from it all.

I don’t have trouble going to sleep as the depression is very exhausting emotionally and mentally.  Depression is like a mental and emotional marathon you run every day.  So it’s easy to go to sleep.  And sleep is an easy way to get away from the depression….from the hopelessness.  It’s an easy way to get away from talking to someone or sharing your feelings and thoughts.  I mean you’re already tired from the mental marathon…and that marathon is all in your feelings and thoughts…without having talked to anyone.  Then try talking to someone on top of that?!?  Pure exhaustion.

There are times I get together with my friends so that I can share what is going on in my life.  And when I get back from talking to them, I need to sleep, because I feel just drained.  So imagine for the 13-30 year old?  What it must be like having depression and going to school every day or work every day!  On top of already feeling exhausted they have to perform.  They have a hopeless feeling in the air.  They have to talk with people, teachers, fellow students or coworkers and family.  It is truly exhausting.  So sleep becomes a very real ally.

What can you do about it?

One thing I’ve asked my wife to do when she gets home is to come in the house quietly.  Many times she will find me either on the computer or watching television or playing video games which is right by the front door.  And I know she is being a loving wife when she calls out “I’m home”.  But even that has taken me from a calm space, by being on my own, to a loud space where she has raised the energy level in the house.

It takes time.  It takes a while to go from calm and quiet to talking and sharing with someone.  And that is just me, my wife and our dog!  I can’t imagine what it would feel like at this level of depression for someone who feels hopeless, wants to sleep to get away and has to deal with the hustle and bustle of a house full of people.  Imagine mom or dad shouting “I’m home” to the whole family.  Imaging dad or mom calling to all the kids in the house that “dinner is ready”.  Then having to go to the dinner table and being asked “how was your day”?

My suggestion is to bring the energy level as low as you can in the house.  Not that everyone has to feel the depression, but that people would respect the person with depression.  That you would be understanding that after an exhausting day dealing with depression, someone might need to take it slowly and quietly for the rest of the evening.  And it truly is amazing how quickly this change can happen in a household.

One day I was at work after being off for three weeks with whooping cough.  I was no longer contagious, but was still unable to speak at full voice.  I was usually the first one into the office, so as my coworkers came in they said good morning and welcome back.  Then in a very quiet whisper I would say back to them “good morning”…which was barely heard.  Then each one of my coworkers started whispering back to me.  I told them I had the whooping cough and they didn’t…so they didn’t need to whisper to me.  Most of us laughed at what took place.  But there is a point to it.  Each one of my coworkers were aware that I was off sick and had come back and wasn’t 100%.  They were being respectful and spoke at the level I was functioning.

The same can happen in your household.  You can be aware that your child is not feeling 100% percent and is in need of some calm and quiet time or light conversation around the dinner table in the evening.  This would at least somewhat ease the mind of a child dealing with depression.

I have experienced my own depression and anxiety in silence for decades, but I am not a professional in the field of mental health. In an effort to help others know what a depressed person is feeling or going through, I write these articles to inform and educate. They should not be used in isolation, but with the help of medical practitioners in the field of mental health.